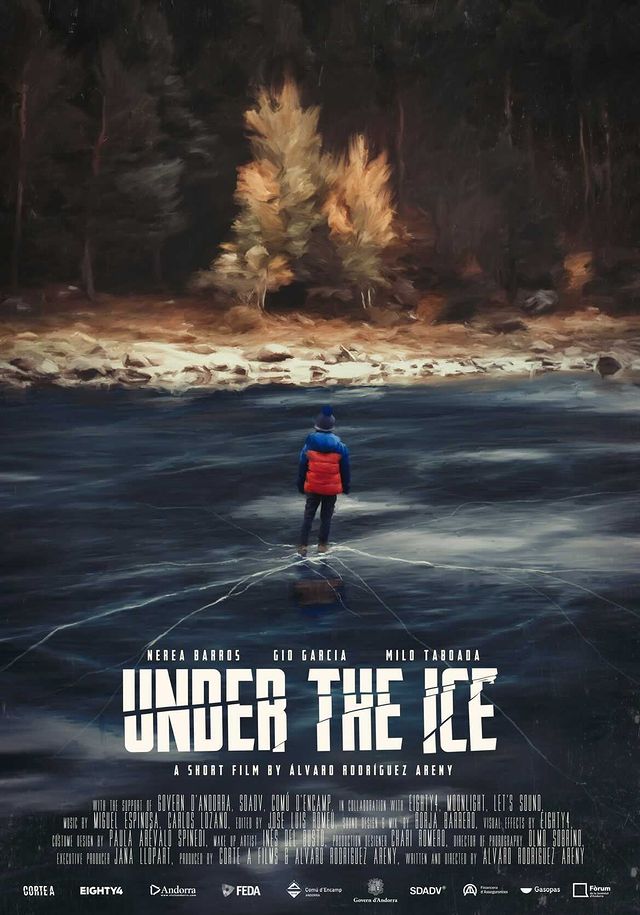 We arrive a day earlier, and today we are releasing the soundtrack for the short film “Under the Ice” by Àlvaro Rodriguez Areny!. The short film is currently in the festival cycle, so I don’t expect that you’ll be able to see it soon, but I’ll keep you updated just in case 😉 Anyway, if you have the chance to attend to Sitges Festival, you’ll have a chance to see it on October 9th.

Regarding the soundtrack, as I already explained in an earlier post, it has been a nice an challenging work. I particularly love the last theme, written by Carlos Lozano and arranged and orchestrated by yours truly hahaha. Besides the emotional vibe that it has right at the end of the short film, I loved the fact that Carlos came to the studio, played the guitar in one take and that was it. Believe me that it’s not usual to see such things, but when it comes to great guitar players, Carlos never deceipts. After that, orchestrating the theme was easy peasy and I loved every minute of it.

Of course, right after writing the music, my friend and colleague Pere Revert did his magic on the mixing process. I don’t know how he does it, but he achieves a depthness and wideness that amazes me. The low end is amazing, and every instrument finds is location perfectly in the mix. I’m glad to have him in my team to make our music sound as it deserves.

I hope you guys like it and let me know your thoughts about it in the comment section. I always love reading you guys.

You can find the soundtrack in my Soundcloud, or in my portfolio.

Mixed and Mastered by Pere Revert

PrevPreviousMUSIC FOR NATIONAL TV NEWS
NextA NOT THAT MUSICAL WEEKNext

Hello guys! Today I'm bringing you a video of th