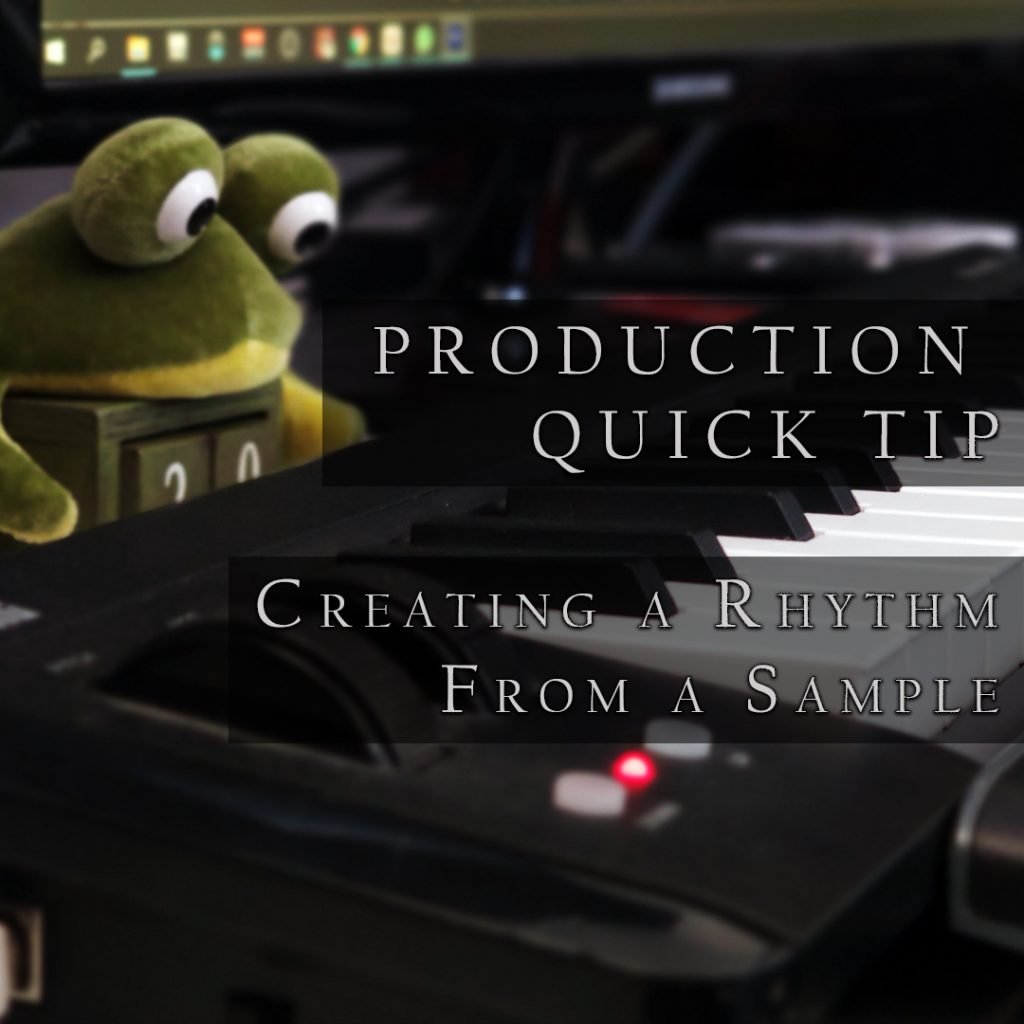 QUICK PRODUCTION TIP – A RHYTHM FROM A SAMPLE

Yesterday I thought it was a while since I published a production tip. When it comes to sharing my techniques I, sometimes, feel like an intruder to people that makes this in a daily basis and that are simply amazing, but hey, why not sharing some from time to time?

CREATING A RHYTHM FROM A SOUND SAMPLE

So today I bring you a different idea toi my (intended) series “Quick Production Tip”from what I’ve ever shared with you guys, but probably not that uncommon when it comes to music producers: How to create a rhythmic pulse from a taken sound sample? The story behind this is simple: I was asked to write a song based on a particular band that they frenquently used sound effects to create rhythms, but I wanted to take it a bit further. This band usually uses a sound (a clap, the sound of something hitting something, whatever…) and then from that by combining several different sounds, they end up with a static rhythm that moves on all along the song.

In this particular song I wrote, the whole idea was to create a rhythm from a sample and not use anything else. So I needed to make it interesting enough to keep it the whole song. So I came up with this idea of using a metal chain sound sample and combining it with Arturia’s mini filter. This plugin basically filters the sound through a step sequencer (in this particular case), and makes it sound cut at will, depending on the settings. Then with some basic elements from sound designing like pitch and autopan, I added a bit of higher pitched sound so that it sounded similar to a hi hat, and an autopan plugin to make it move around the stereo.

All in all, I’m pretty happy with the result!

The downside of this video is that I can’t show you the song because it’s the company that asked me for the song that is the one deciding when that happens, so you’ll have to wait. To be true, I feel very happy with the result, because it’s different from what I usually do, and I have enjoyed a lot the process.

I can’t wait for the next challenge.

Check the video below.

I hope you guys enjoyed it! If you want to listen to some more music I wrote, you can check my portfolio.

While waiting for the last song of the EP with Mer